BELOW HALF PRICE TODAY!

Add industries against the backdrop to bring realism and perspective to your scenery and trains. 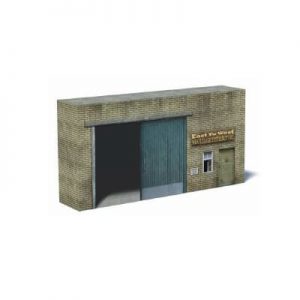 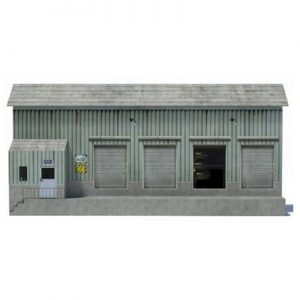 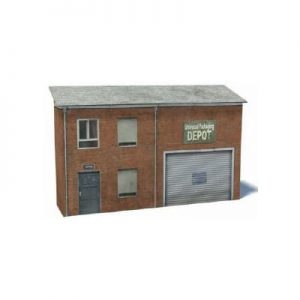 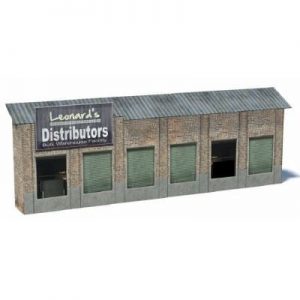 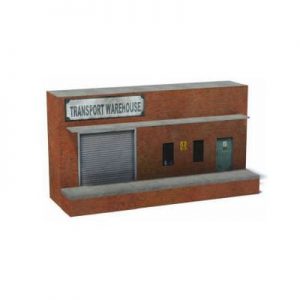 6 “Exceptionally Realistic” & Fun-To-Make Industrial Model Buildings
To Position Against Your Model Railway Back Scenes
SPECIAL BUY – SAVE UP TO 66% TODAY!

If you are interested in creating model railway back scenes to bring the rear of your scale railroad layout to life, then the “low relief” warehouse style industrial model buildings are an impeccable choice. The color templates are accessed by paper PDF download straight to your computer, so there is no delay of days, or shipping cost to pay. You’ll have the plans / templates for these industrial model buildings within a few minutes – it is that quick!

As you can see on this website, individual plans for downloads of these paper models can be acquired by separate purchase, or you can save up to 66% with the special offer package deal featured above. There are several other value for money pack deals available if you need other designs to make a model railway back scene. The whole purchase and download process is quick and easy. 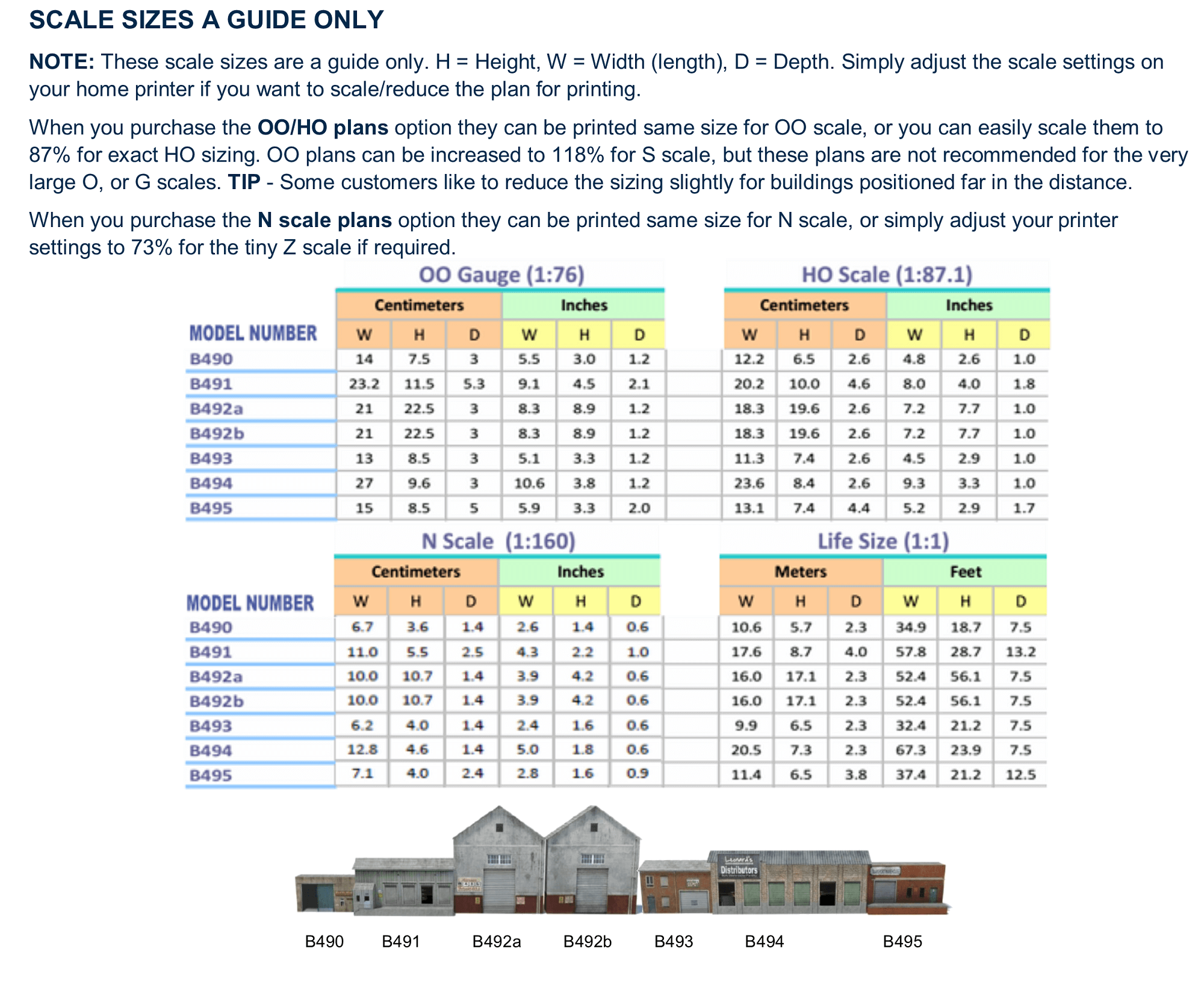 All you do is print the paper design(s) out using your home printer before gluing the paper models on to corflute sheet (you can also use foam board sheets, or cardboard). My personal preference is to use corflute, because it is extremely inexpensive to buy in a giant sheet (DIY stores sell it), and the product is incredibly sturdy and easy to work with. I paid around 5 dollars for a large 3 ft (900mm) x 2 ft (600mm) sheet which I could use to make multiple model buildings. The DIY store had larger sheets for sale too.

Creating a Believable Model Railway Back Scene for Your Model Trains

Practically everybody with a model railroad be it a simple shelf layout, or an around-the-room “wall hugging” design will require some sort of back scene to add interest to the scenic landscape so as to develop a complete life-like scene in which to showcase and operate their trains. No doubt you are no different?

Even a simple freestanding tabletop design will likely have sides, or a middle divider to provide the look and feel that the trains are running long distances, even though in reality the track might only be a few feet in length. This can be a superb spot to position your industrial model buildings against a railway back scene.

The design and construction of a basic background back scene is not as overwhelming as it may appear, despite the fact that it might require a little thought, time, and effort to get it looking just right.

Smoothing Out the Room Corners

For a model railway layout that hugs the wall, one of the principal things to consider is whether you need to conceal the edges of the room by one means or another. All things considered, room corners are usually sharp right angles so don’t always look very realistic if you are trying to achieve a naturally flowing back scene for your model railway. Using thin sheets of hardboard to turn the corners of the wall into gentle curves is one way to overcome the problem and provide a more natural illusion of flow. Thin hardboard is generally easy to bend, fasten and glue in place. The hardboard can be used along the entirety of the back scene. After attaching the hardboard behind the model railway layout, you can use some drywall tape a sealing compound to cover the joins and any screw holes. After it is dried you won’t be able to spot the joins, especially after it has been painted or covered with a photographic backdrop if that is what you intend doing. Positioning industrial model buildings against you railway back scene will not only look interesting and serve a purpose, but they will help detract the eye from any imperfections or joins in the railway back scene.

Painting the Sky on Your Model Railway Back Scene

If you are going to paint the sky rather than use photographic scenery images, then this can be achieved reasonably simply without the need for too much creative ability. Obviously the more artistic you are the better the result is likely to be.

Buy some acrylic paint – white and a sky blue color. A paint roller can be used to paint the upper half of the backdrop sky blue. Before the paint dries, start blending some white paint into the lower part of the sky blue paint. Work your brush using horizontal brush strokes. The further you move down, the more white you blend in, but don’t use pure white. Pre-mixing some lighter shades of blue in a separate paint tray might help give a better result to your model railway back scene. Gradually blend in the colors as well as you are able, but try not to make it too perfect as it could look unnatural. Little streaks of the white mixed in with the blue tones will give the impression of small wisps of low-lying clouds floating in the distance. Other sections of the layout back scene can be painted using the same method, all the way around the wall until the sky is all done. If you are proficient with an airbrush then use that to add some really subtle tones. The back scene will look amazing when industrial model buildings and warehouses are placed against it.

Painting Clouds Against the Model Railway Back Scene

When everything on your back scene is dry you can add a few clouds in various places using a light (or medium) gray paint towards the base of the clouds before blending in white color paint as you move further up the cloud. To make each cloud on the back scenery appear fluffy with an irregular pattern you can apply a stippling effect using a brush with a tiny amount of white paint. There is a bit of an art to this technique, but you’ll soon master it by practicing on a scrap piece of cardboard. If you go to Google Images you get plenty of reference photos of clouds to guide you. If you add too many clouds against the sky if might detract from the model railway back scene your are trying to make look natural and set off the industrial model buildings you intend to place in front of the sky. The aim is to simply create the impression of a realistic sky horizon on the back scene. Your trains need to be the “hero” and focal point, not the sky or clouds.

Mountains in the Background Against the Back Scene

Depending on the scenery, how creative you want to be, or how three dimensional you want your model railway back scene to look; you could apply some flat (yet muted) colors of green-gray or blue-gray to give the impression of distant mountains near the base of the back scene horizon. It’s probably best not to add too much detail, because the idea is to just give a vague impression of hills or mountains in the distance to add a further dimension and create the perfect setting for your model trains and industrial model buildings which will sit between the model railway back scene and the trains.

Whenever you are painting scenery backdrops always be aware of the position of the sun in relation to the mountains and clouds. Light from the sun wouldn’t normally show on both sides of the mountains. A lighter color paint blend can be used towards the edges of the mountains to blend in to the darker color paint on the opposite side of the mountains shaded from light. The effectiveness will depend on how proficient you are at blending color and tones. A separate mixing tray is a useful tool, and it might just be a case of blending a tiny amount of white or yellow paint to the color you’ve applied to the mountains to lighten the edges against the railway model back scene. That scrap piece of cardboard I mentioned earlier will be useful for testing your blending and mixing skills before applying the lighter color to the background mountains.

Depending on the type of model railway back scene and how intricate you want to make it, you could paint some grassed fields, or some trees and bushes, or simulate the shapes of distant structures, perhaps a forest or city off towards the horizon. Again, some photos from Google Images might be of help. When done well, the back scene will provide dimension and perfectly set off the paper industrial warehouse model buildings you have placed in front of it.

Another popular option is to buy rolls or sheets of photographic murals for your background scenery. Various companies supply back scenes for model railways online. Depending on what you purchase, you might need to join some sections together to create a long and continuous back scene. The main thing is to ensure the joins are invisible or disguised in some way. Positioning the “low-relief” industrial model buildings or other structures available on this web page will add a realistic 3D effect and bring life and perspective to your layout.

Bringing the Model Railway Back Scene Together With a Photographic or Painted Backdrop, and Some Industrial Model Buildings Constructed from Downloaded Paper Models

Hopefully these ideas have been helpful in creating your scenery for your model railway back scene. The key point to always remember regardless of the nature of back scene you use for your railway backdrop, strive to blend in the foreground scenery so it matches the back scene as closely as you can. The foreground scenery shouldn’t just suddenly stop for the back scene to begin. Anyone viewing your railway layout should view the scene as one, and not as two parts put together, so it should be hard to distinguish where the front scenery finishes and where the model railway back scene begins. Obviously, the careful positioning on train track and industrial model buildings will help achieve the appearance of a complete scene.