Why The Labels on DCC Model Trains?

The DCC ready label is navy blue in color and indicates that the locomotive or train pack in the system is fitted with a socket and can accept a DCC
decoder. The DCC decoder is not yet fixed to this socket and requires to be installed before use to function fully in the DCC layout. This type of locomotive system can be used on both DC and DCC models.

On the other hand, the DCC Fitted locomotive system comes with a bright red label. This type of set has both the socket and the decoder fitted on to it. It is ready to be used on a DCC track without any further modifications and additions. This too can be used in a conventional DC model train layout but it is generally not recommended. 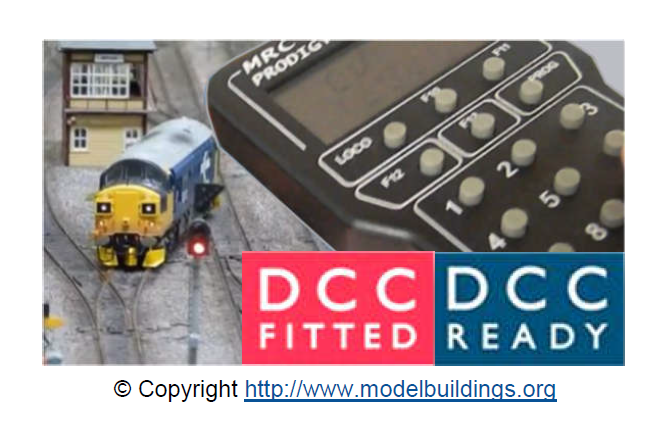 Can a DCC and DC train operate at the same time on the same train layout?

Yes they can. There is generally no difference in the mechanism of the locomotives that run on the track, it is the powering of the track that matters in this regard. However, as DC trains need wiring and switching, this additional intrusion within the track may cause disruption. Therefore, it is advisable to use only one type of system.What are DCC Friendly Points?

The frog in a DCC layout is defined as the assembly that enables the wheels to cross one track over another. On the other hand the point rails are used to direct the wheels of the locomotive in the chosen direction. Many turnouts in the layout are power routed, which means that the point rails and the frogs are electrically connected to each other.

The problem in this approach is that if the back of the wheel of the locomotive makes contact with the point rail, a short circuit may occur. The main disadvantage of a DCC system is that it is quicker to react to such situations as opposed to DC; therefore, it is important to make all the turn outs and points DCC friendly.

In order to make a turn out DCC friendly:

• The point rails are not connected electrically together, but they share the polarity of the stock rail that is nearest to them.

• A stock rail is the rail that is outside the switch or the turnout.

• The points have no hinge i.e. the point rail is a single piece with a closure rail.

• The frog is left unpowered.

• The frog is made of plastic.

• If the frog is needed to be powered, it is made isolated from the closure rails. 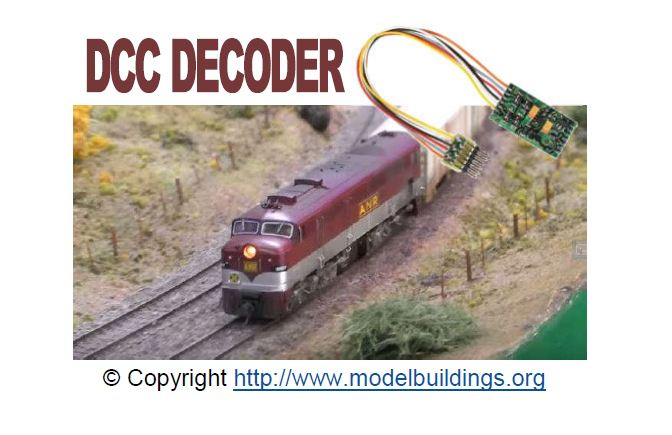 Should I modify the points for use in a DCC system?

It is important to check on the point wiring, switches and frogs before starting operating a DCC railroad model. All the point work should be logically connected to the layout because a short circuit may occur if the frogs are connected with incorrect polarity. Live frog points can also be used, with the frog isolated from the tracks that are leading out of the points and by switching its polarity with the point blades.

Also, the frogs should have the same polarity as the inside rail of the exit track. There is no need to modify all the points, just keep a check on all the parameters to find out whether the points and turnouts are DCC friendly or not. In order to check whether or not your layout is DCC friendly or not, look out for the following factors:

• Is there a single piece of metal that is connecting the point tips together?

• Is the hinge consisting of a single piece of metal?

• Is there a metal frog in the layout that is not surrounded by four gaps or insulated joints?

Can a DCC system supply up to 4 amps to the track on an average?

Yes. A DCC system can provide up to 4 amperes to the train track. This is sufficient to power up several locomotives and accessories on the railroad model. A booster may be added to the system to enhance the power supply and get more power to run rather large system.

What is the Use of a Booster?

The power boosters in a DCC system have the twin responsibility of generating the signals and powering up the layout.

Referring in a more technical language, booster is kind of a “pack mule” in the DCC layout – i.e. it does not have any intelligence of its own – it just forwards the signals that are provided to it by the command station. It transforms the data packets generated by the command station into high voltage bipolar signals that can be read and identified by the track decoders.

Apart from this major function, the boosters also have the job to provide protection against short circuits and ensure a regulated voltage for the track. They also have an automatically resetting “circuit breaker” function i.e. they convert the command station’s signals into a suitable level of voltage and current that can run the trains and power the accessories on the track.

Though one booster is sufficient for a moderately sized rack, additional boosters may be added to the layout, especially to power different power blocks in large railroad systems.

• The booster, true to its name, boosts or amplifies the incoming signal from the command station and powers up any weak signals that are approaching.

• The amount of power it supplies depends upon a pre-decided scale. The voltage is regulated and constant, while the value of current depends upon the number of trains running on the layout.

• The booster also provides protection against persistent short circuits and shuts down in the event of consistent shorts.

• It also comes with the optional feature of automatic reverse loop support. This implies that it can reverse the polarity of the track in case a short occurs on loop entry.